This is a submission to Game Off 2020

View the submission page for this entry

Take part in this 700 years long travel through interstellar space. Your ship isn't made out of metal, but is the Moon itself. You and all personnel inside the Moonbase are the only humans left in this universe, violentely propeled out of the solar system. Surviving in the void will require determination, ingenuity and strong management.

This is humanity's last hope, we're counting on you !

Small screen ? Click on the little arrows on the bottom right corner to make the game go fullscreen !

Really brilliant game, I would definitely replay to try and get all the achievements (Although some of them look like they'll be pretty hard), Really the only complaint I have is that there's no visual indicator when houses are damaged if they're overpopulated, So you need to mouse over them or click on them to see, Although I suppose that's partially my fault for having everything be overpopulated (I didn't want to kill everybody!).
(Also would be nice if at the end it told you how long it took; It definitely took me more than 30 minutes!)

Cheers on your game !

Yeah the UI is kinda crowded ^^'

And the music is fantastic!

Thanks for the video, greatly appreciated ! I should include a tip somewhere : best way to kill some people is to cut the water supply for a couple decades ;)

great game but it attempts to use up all of the RAM. Unplayable for more than 10 seconds.

Sorry to ear that. Are you running it in browser or Windows exe?

It was a good game. Although, it feels like it can use some new feature. For one, I think the housing can be upgraded. Maybe with options with emphasis on comfort, housing spaces, or culture. Other buildings too, could use some upgrades.

Another problem is, does the tutorial ends when the research and leisure center got introduced? It wasn't clear if tutorial is finished or not. I wish this get rectified.

One thing I would like to suggest to add is social options. For one, the ability to introduce birth control aside from nightclubs should be introduced. Like, be able to to reduce birth rate because the people in my last run was breeding like rabbits forcing me to let some of them die.

Overall, it was a good simple game but it could use some new features to make it more fun.

Nice game, interesting balancing aspects that turned out quite nicely, I think.

I eventually ran out of slots to build as my population grew larger and larger (but the resource generators become more and more efficient with upgrades, so I was able to delete the excess ones).

With a large population the culture seems to drop faster than I was able to maintain it even having plenty of campuses (but everything else was fine, so my population didn't seem to mind much). I deliberately avoided the medicine upgrades, due to my overpopulation problems.

Made it to my new planet with >2m citizens.

Eventually having to click individual buildings for maintenance became quite tedious, maybe some kind of scheduling system would have been good for that (also making all research centres work on the same project with a single click might have been nice).

The UI is fantastic and I also enjoyed the opening cutscene a lot. Good job!

Thanks for the detailed feedback! Balancing is hard ^^'

On my screen, all the text are super tiny to read. I am very interested in this game but it is a little difficult to figure out all the systems easily (I guess the small text is part of the reason). Our team interestingly were like-minded and created this: https://itch.io/jam/game-off-2020/rate/836823

Yes, I have an iMac 27 inch and a 4K external display. So on both screens I am struggling to read.

I think I fixed it, I dont have a large enough monitor to test it, if someone could confirm down bellow that would be great :)

Brilliant! Everything is so much better now, and apparently, there are more facilities available at the start compared to the last time I played.

However, I am not sure if I am missing some details or if the game is a bit too difficult, I always start with a yellow, a blue and a brown, but there are not enough workers very shortly. As soon as I build other facilities like the green, resources then drop very quickly. Then the amount of worker just can’t keep up with the resources production.

Any tips on how to go further?

You get acess to every building right from the start if you skip the intro.

For you worker problem, the solution isn't to create new factories (that creates jobs, but not workers, so you're only making it worse) Simply wait a bit, your population will grow and your factories will fill up with new workers.

Yo yo really liked the graphics, I was too dumb though to figure out the game in the short time I played it haha anyhow some footage below 18:19 Moonkind

This game was so fun.. until everything froze after about 500 years. I could move around and technically click on buildings, but nothing was changing

Should be fixed now, thanks for reporting !

I'm bad or impatient but this is really cool! 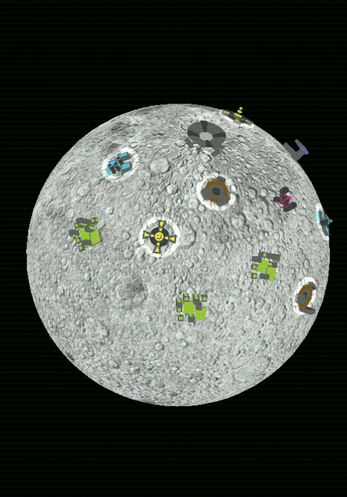 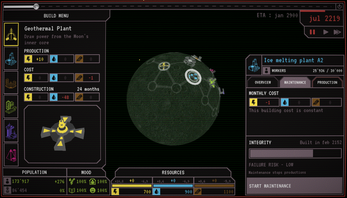 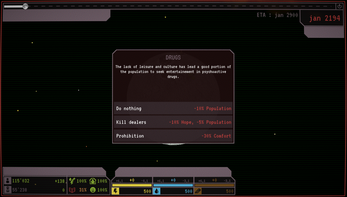 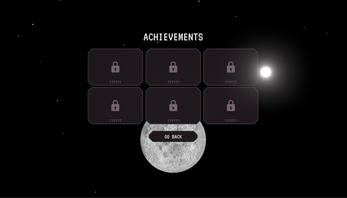